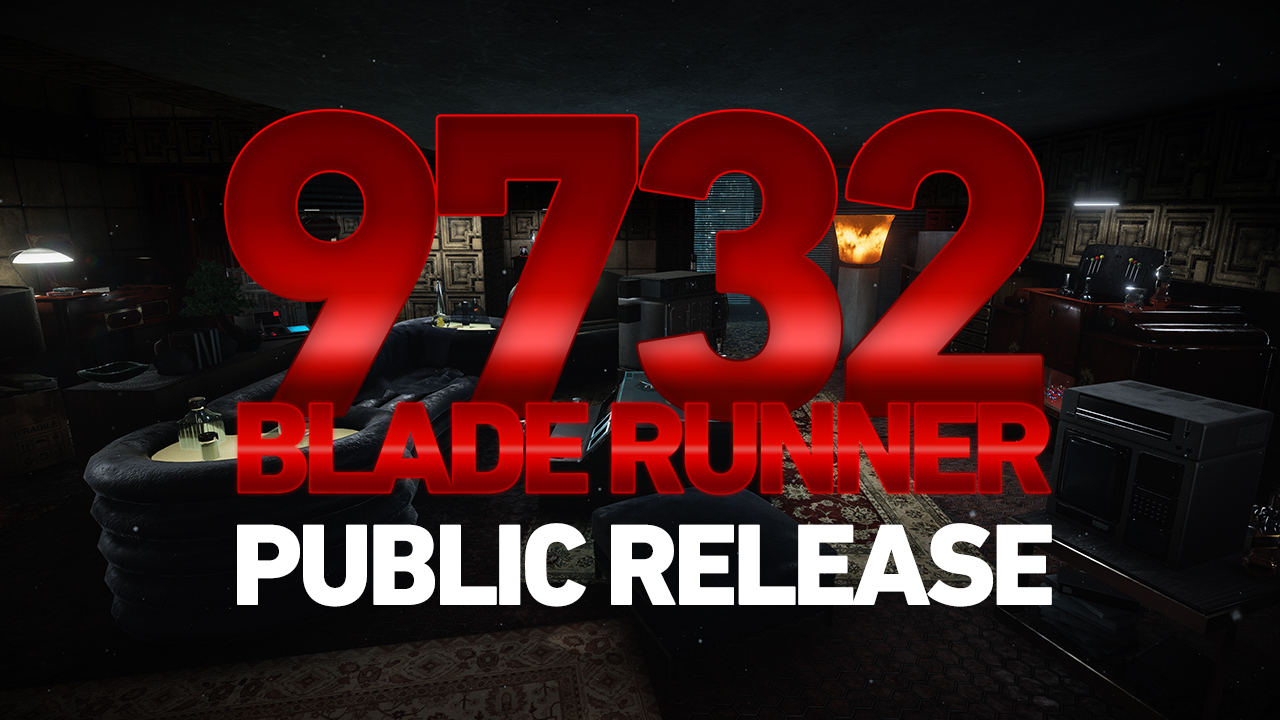 Public Release is now available on You can now download the experience (1.002) from my Google Drive, right here.

I hope you’ll enjoy this small VR tour. Thanks to supporters and followers for waiting so long.
If you have remarks or if you want to report bugs, you can do it in the comments below.
After inspection, I keep all the justified/realistic requests in my TODO list.

Working with this kind of materials sounds cool but making VR experiences based movie franchises can be quite embarrassing. Copyright agreements are not an easy subject. I spent a lot of time to discuss with guys at Warner Bros. (Los Angeles). They were very friendly and encouraging.

WB contacted me in February 2017. They asked to test the experience and they did in July 2017. They liked it and they were really interested to use it as promotional content for the new movie but they finally decided to not follow me on this project unfortunately. Here is their final statement:

“… After closer inspection of the marketing department, WB passed because the market is just not developed enough warrant the creative and marketing efforts that would be needed to support this to the level that would be expected by Warner Bros. and filmmakers alike. …”

Anyway, WB allows me to release it for free and ask for donations to improve it. Thanks to them.